The Back in Time Zone Tour was pretty ambitious, and life threw a few curveballs my way… For a while it seemed like I’d be able to visit every place that I wanted to see on the East Coast, but any seasoned traveler knows hiccups are inevitable . I’ll elaborate more on what’s next…but for today, I’d like to share some photos of America’s largest home, the Biltmore Estate in Asheville, NC.

Nestled amongst rolling green hills with a beautiful view of the Blue Ridge Mountains, the Biltmore Mansion was built in 1889 by a very young George Vanderbilt on 800,000 acres of land as a summer retreat. YUP. 800,000 acres.  That’s twice the size of London! It has 250 rooms, and in its heyday had a staff of 1,800 people. 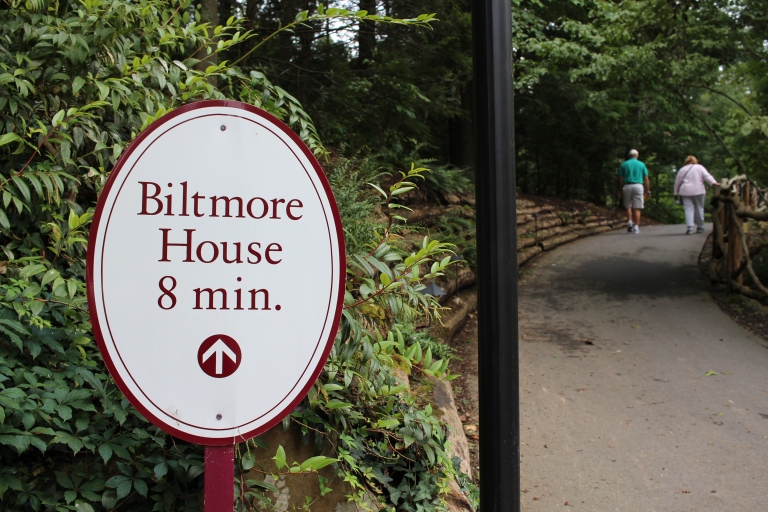 The Vanderbilts are one of the most recognized families in US History, and  young George inherited quite a sum after the death of his father. He envisioned the French Renaissance style chateau to also be a working estate, much like the ones in Europe, but wasn’t so great with managing the funding of its construction and cost of upkeep. It’s likely that this drained much of his wealth.
The economic repercussions and his unexpected death in 1914 led to the sale of a lot of the land, some of which is now the Pisgah National Forest. Their only child, Cornelia, opened up the Biltmore to the public as a tourist attraction during the Great Depression, and it housed its last resident in the mid 1950s before fully becoming a house museum. The mansion now sits on 8,000 acres and is still run by Cornelia’s descendants.

I must note that the famed designer of NYC’s Central Park, Frederick Law Olmsted, is the man responsible for the incredible grounds. The green spaces on the property are just as interesting as the house itself, and you’ll immediately experience his careful planning right from the beginning. The home is a considerable distance away from the entrance, and you’re surrounded by Olmsted’s recommendation to create a “park” setting for the house as you begin the long drive up to the home. 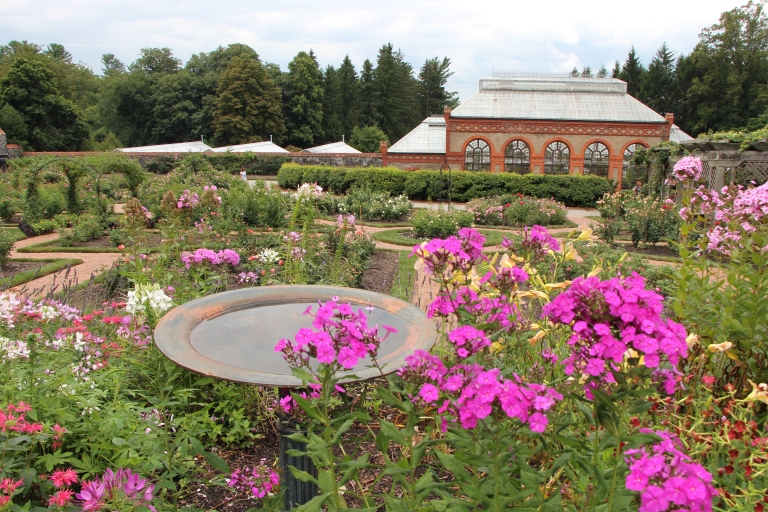 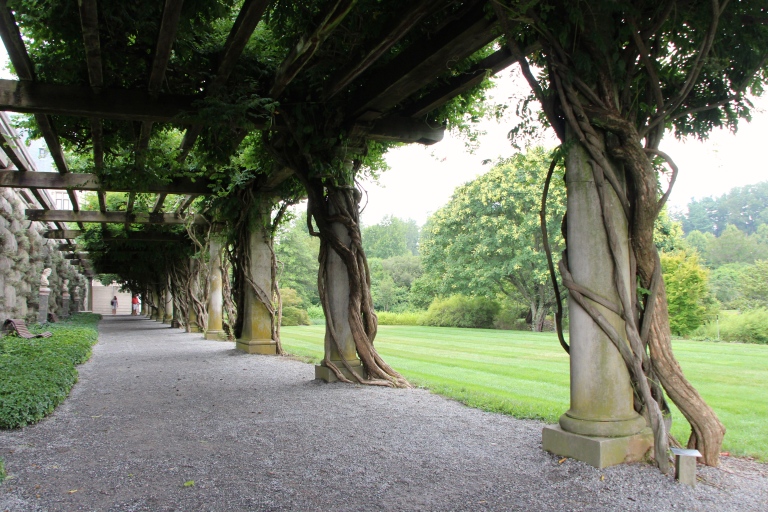 It was a great place to see, but I have to disclose that I was a bit disappointed.

The house architecture and interior were wonderful, but you weren’t given a lot of time to fully appreciate what you were seeing because of the massive crowds in long, velvet-roped lines that snaked throughout the building. It felt very rushed and a bit overwhelming, but it attracts almost a million tourists each year so it’s to be expected. Maybe a visit later in the day would have been better? Nonetheless, don’t expect to linger.

Another bummer was that the Biltmore does not allow inside photography. Since my focus is on physical places and I truly do think it’s a lovely place to visit, it was a significant letdown. Yet with the amount of people visiting and limited walking space, stopping to take multiple photos would have probably earned the scorn of everyone around me. As a result, the photos with this entry are only of the Mansion’s exterior and the gardens. 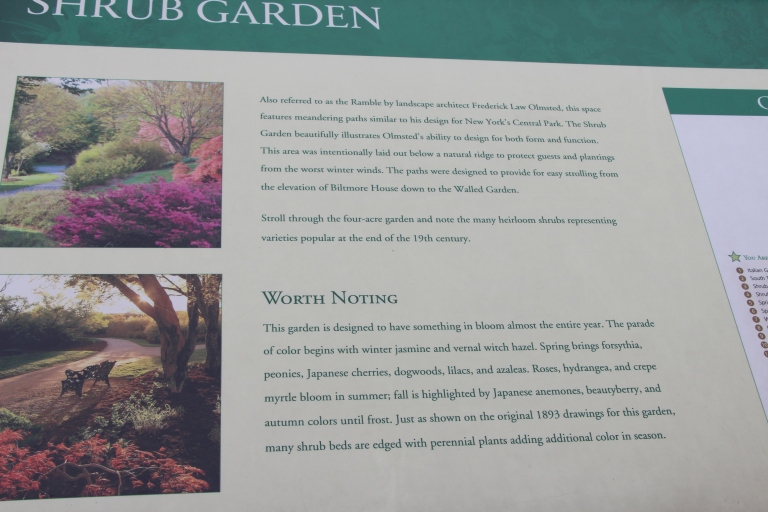 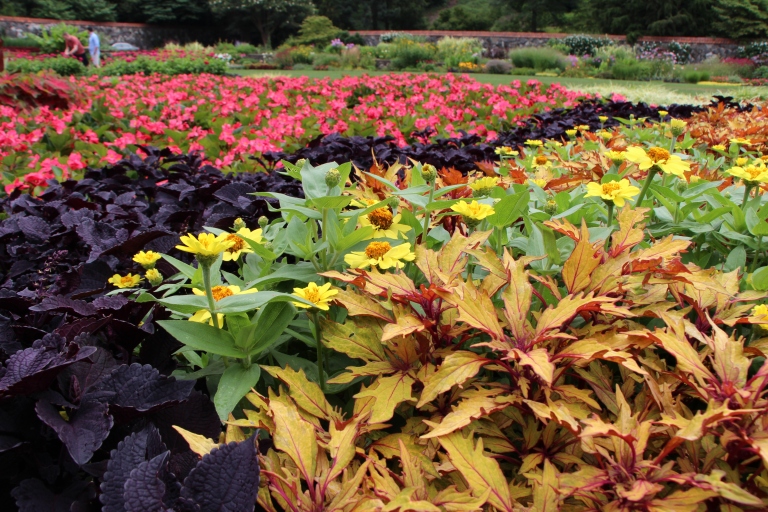 Lots of stairs, so only the first two floors are wheelchair accessible. Hydrate and use the restrooms before you start your tour since you’ll get jammed in foot traffic with no way out. Bring patience; something I need to work on ;). There’s a lot of food at the mansion and in the village, including a winery with a tasting included in your admission ticket. I opted to have a big breakfast at Biscuit Head instead, and I will not omit the fact that my biggest motivator to return to Asheville was for this incredible restaurant.

You’ll want a full day to visit the Biltmore if you’re on a history binge and the audio guide ($10 rental) is necessary if you want to learn more. The Antler Hill Village area has a legacy exhibit that dives deeper into the story of the Vanderbilts, and some fascinating stories about one of the more famous families in US history. In hindsight, I would have liked to have seen the exhibit first before touring the home.

If you’re going to the grounds to stay at the on site hotel, nearby outlets, and other attractions, it’s up to you how long to take. Cornelia’s descendants have certainly established a vacation destination with plenty to do.  I hear it can be difficult to get there in the winter, but seeing the garden in full bloom definitely makes me think that spring/summer is the time to go…although photos of it at Christmas look great.

Can I mention that I ADORE Asheville? I would strongly consider fleeing the NYC area for it.

ADMISSION:
General Admission: $60, includes admission to the Antler Hill Village and tasting at Winery. You can check out offers to save $10 here.
(Steep, very steep. Definitely something that deterred me. )