Governors Island is open seasonally, and the last day for 2016 is September 25th. You’ve still got some time to check this place out! September events are here.

NYC’s “newest” park is also one of its oldest, and with 172 acres of land you might be wondering why you’ve never heard of it before. Most visitors to the southern most point of Manhattan are there for the Statue of Liberty, but a small step in another direction will take you to a different kind of island.

This wonderful place is Governors Island; my favorite park and #1 recommendation for anyone’s summer visit to NYC. It seems out of place being so close to the city, and the story behind it makes a visit really stand out. 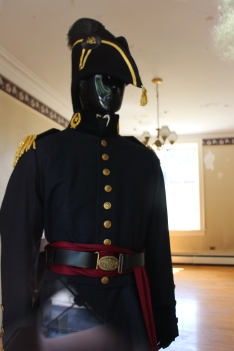 The island was once a busy military base for the officers (and their families) of the US Army, and later the Coast Guard. Residents had everything they needed without having to trek over to the mainland, and it was a busy place for over two centuries. Its strategic location near the mainland made it a natural choice for it’s use during the Revolutionary, Civil, and the 1812 wars.

It was occupied until 1996 and sat unused until the Federal Government sold the island to the city of NY in 2003. Plans to redevelop the land as a public park began in 2010, and soon a new era began. 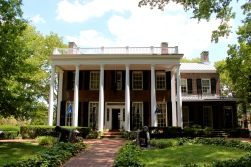 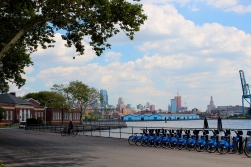 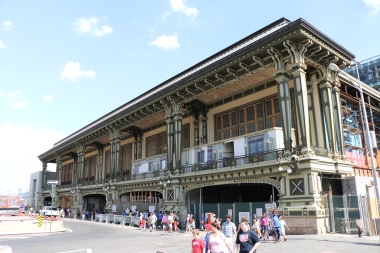 A quick ferry ride from the Battery Maritime building takes you to a sort of town, full of old buildings and sprawling green spaces from another era.

Your arrival at Soissons Dock begins with National Park Rangers greeting you with helpful information. If you head left, you’ll see Fort Jay, a star shaped defensive barrier built in the 19th century.  If you take a right, you’ll be heading towards Castle Williams, another fortification that was heavily used during the Civil War to house Union troops and imprisoned Confederate soldiers. Funny enough, in the 1960’s Castle Williams was used as a community center, art space, and children’s nursery for the Coast Guard.

Colonel’s Row and Nolan Park are picturesque, tree-lined paths and houses that were once the homes of high ranking officials and their families. Your typical town staples are sprinkled around these areas, with a theatre, church, and gym nestled among government buildings. 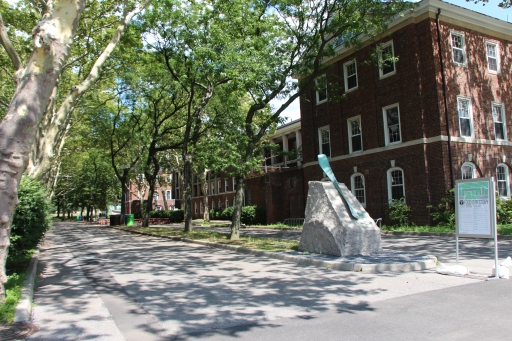 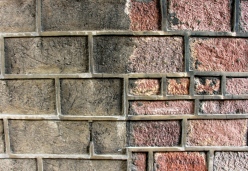 Developments to the place have been super awesome, and the Governors Island Alliance has done an incredible job with preserving a lot of the still-functioning structures while demolishing others and creating new, versatile public spaces. Bike paths, creative spaces, and rolling open areas will sooth your busy “NY state of mind”; something that’s much needed in a high energy city like this one.

I recommend bringing or renting a bike when you arrive on the island to efficiently scope out all there is to see. Peering into dusty windows trying to catch a glimpse of what’s inside and the awesome architecture will keep you busy.

It’s even cooler when you realize that there are people alive today who have fond memories of growing up on the island not long ago!

My love for the island is unique and happened unexpectedly in 2010. My stint in concert production during the summer was the Converse Concert series that brought a whole new generation of people to the island right as development was beginning. I spent some beautiful summer days/evenings getting to really know the island and getting my history fix in-between cruising around in a golf cart and the live music.

My favorite memories are the nights that I got to sleep on the island because of early call times. Once that last ferry left the island with the day’s visitors, I was (almost) alone in one of the world’s busiest cities surrounded by a vast amount of space. Sunrises over Manhattan from this angle are incredible, and I loved those solitary moments. I regret not exploring the island more at night, but I think it’s understandable given how CREEPY the place could feel.

HOURS, FERRY SCHEDULE, and ADMISSION
Open seasonally 7 days a week. Season starts usually Memorial Day Weekend to the end of September. During the week the last ferry going to GI leaves at 4pm, and the last ferry from GI leaves at 6pm. Weekend hours, Brooklyn ferry, and other info here. Ferry rides are $2, but it’s also free depending on the day.

WHAT’S THE FOOD SITUATION?
You’ll have plenty of options!