I failed to notice that Toronto’s premier open air museum had a functioning historic brewery when I was doing my research for the Back in Time Zone Tour (I was too focused on the collection and mapping out my summer road trip!). What was already guaranteed to be a good day turned into a GREAT day, and an interesting beer with a fun story makes the BEST souvenir.

Black Creek Pioneer Village is a 19th century recreation of life in rural Ontario, Canada that was established in 1960. The center buildings belonged to a farming family called Stong, and are the only structures that haven’t been moved from their original spots. The rest of the 44 building collection are from all over Southern Ontario and give you a glimpse of agricultural life as it was before city living became the norm. 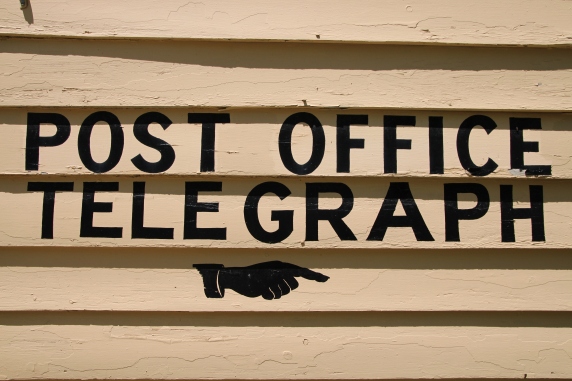 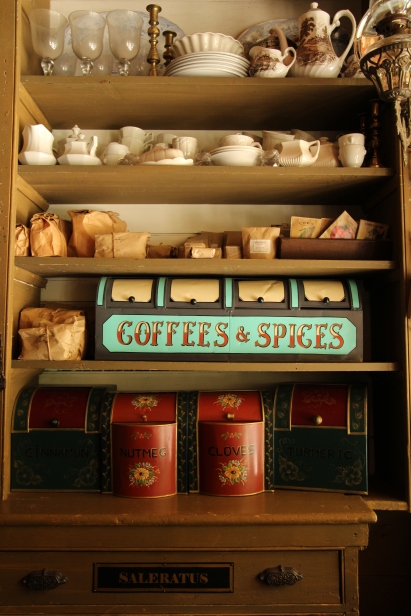 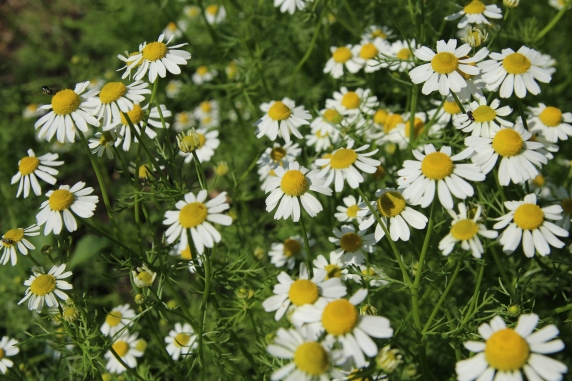 The grounds were very inviting and full of costumed docents sharing fun facts about the rooms you were exploring. I regret not bringing a picnic; families were set up all over the village enjoying the gorgeous day and I really appreciated the use of the space as more than just a museum.

Right in the heart of everything was the Halfway House Inn (1847), home of Black Creek Brewery; a mid-1800’s style operation with staff decked out in period costume brewing their britches off. For an extra $5 you could sign up for a beer tour and tasting that didn’t take much convincing. 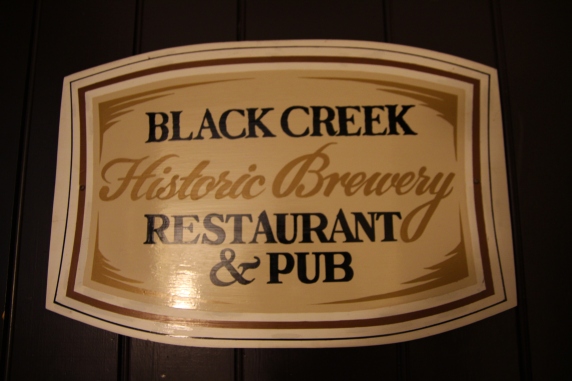 Beer was the easiest way to consume calories and nutrients for agricultural societies, and 19th century brews were quite low in alcohol levels (3.2-1%). These “table beers” were consumed throughout the day, and the minor buzz was thought to be kinda like modern day caffeine. It’s important to note that the beverage was more of an “ale”, and not quite what we think of beer to be today. As it turns out, beer drinking was actually encouraged by temperance advocates in a “lesser of two evils” situation because it wasn’t damaging like hard alcohol. 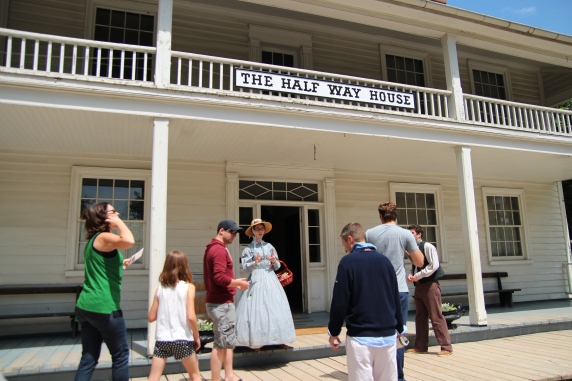 The tour starts in a rustic tap room by covering the social history of drinking and the use of the building as an inn. Back then, in order to have a licensed tavern your establishment also had to double as a hotel. 3-5 beds, horse stables, and food were a must if a tavern keeper wanted to run his business.

We were given character cards featuring the biography and profession of a community member (politician, distiller, tavern keeper), and learned how their roles in beer culture operated in conjunction with the temperance movement. Some brewers had side projects in politics or banking which helped the “beer isn’t bad” cause…the most notable name being “Molson” (sound familiar? 🙂 ). Prohibition had some zany loopholes, which is how beer was somehow still allowed for consumption.

You also learn a bit about the rooms in the building and the split between “male” and “female” spaces in tavern houses. A parlor would be for ladies (society’s moral compass/temperance movement), and the taproom was a male oriented space (the laborers and providers). A sneaky side door in the bar was pointed out as an exit for those that had one too many drinks. It would be a bad idea to walk by a parlor full of ladies located across the hall and out the front door if you were that inebriated. 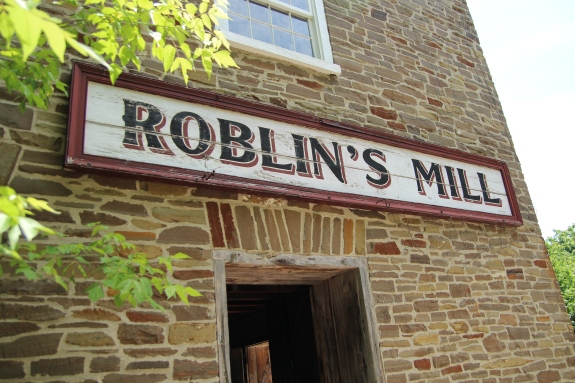 Next, we walked over to the mill to see how the barley was processed and the science behind brewing. Afterwards, we headed back to the inn and into the basement brewery to meet Brewmaster Ed.

Brewmaster Ed is the go to guy for beer at the village, and he’s responsible for creating 3 different kinds of ales that were appropriate to the era. He talks about the barrels and the copper kettle process used in 19th century brewing techniques, and invites you for a taste test! 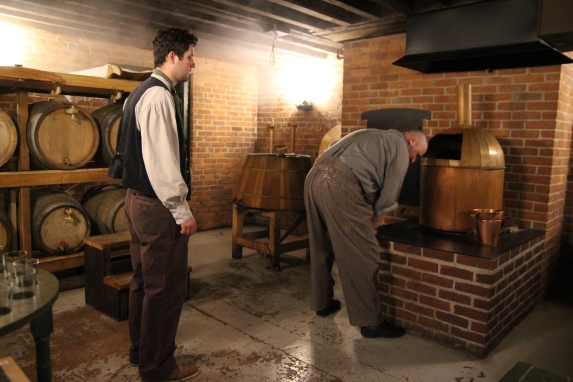 The first beer, Best Bitter, is similar to an India Pale Ale. The second is a Brown Ale, which was the most common during this time period, and the third is an actual brew made from a 1830 recipe that was found in an archive and given to the museum. This brown ale has a sweet taste to it with a punch of cayenne pepper at the end.

Now…the cayenne isn’t just some craft beer trick to make something interesting. It was actually common for some brewers to add the pepper to some watered down beverages to trick the drinker into thinking there was more booze in their beer! Luckily, today’s version isn’t trying to fool anyone and is actually quite tasty. Don’t forget to toast “To Queen and Country” before you take that sip! 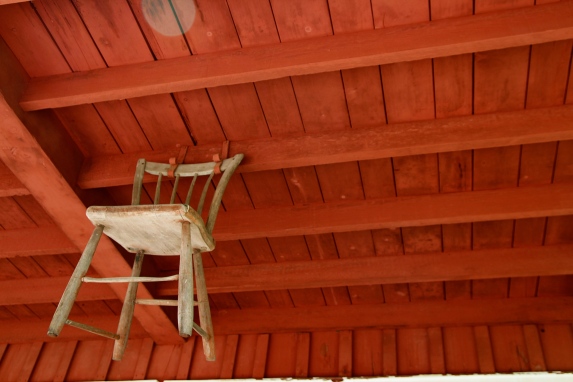 I thought the on site brewery made this open air museum unique and was a great way to bring people to your site that might not have visited otherwise. While the highlight was certainly the beer, the rest of the place was a fantastic and well preserved display of historic living. The programming was well thought out, the revolving special exhibits interesting, and the detail put into each building was delightful. My travel buddy and I both agreed it was on a Skansen level of awesome.

Check out the Brewery’s blog here. If you buy some beer, you’re allowed to walk in to the village and turn in your empty growlers for fresh ones.

TIP: The museum offers several apprenticeships program that let you be a part of the fun for the day! Maybe I’m biased, but “Brewing with the Brewmaster” sounds like the most fun, and you get some beer for later!