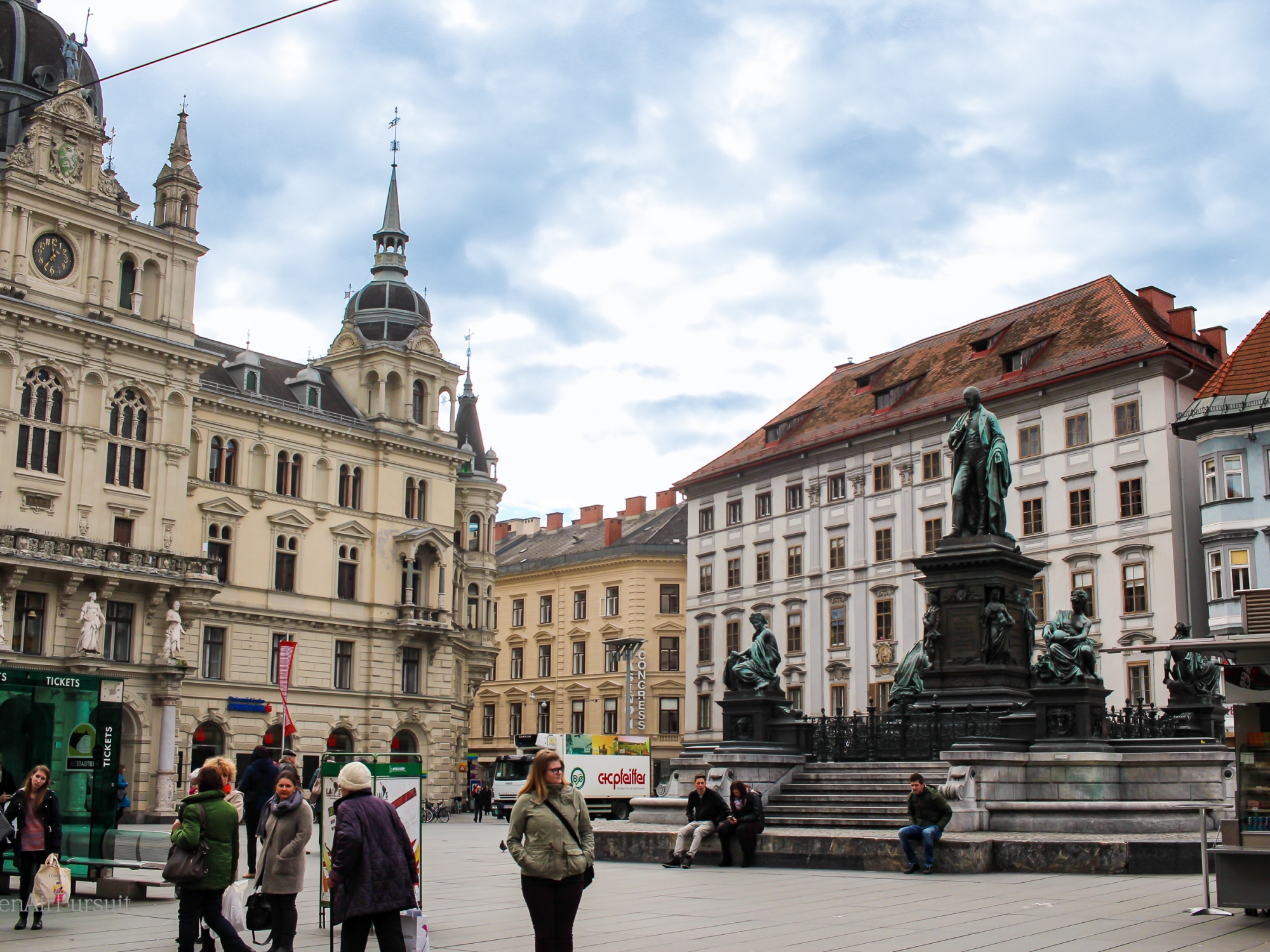 I arrived in Austria with my mind on Graz, all caught up in a classic case of travel envy that makes you reconsider ever wanting to live elsewhere. All the travel guides featured spectacular photos that reminded me of an I Spy book, and seeing a glorious visual treasure hunt come alive was all the encouragement I needed.

If the best historic center in Europe had to be crowned, the winner would inarguably be Graz. Nestled among Austrian mountains, this second-city is famous for its numerous, co-existing architectural periods that seamlessly blend together and flow in a way that’s unique and harmonious. Relaxed and welcoming, it’s hard to imagine anyone being unimpressed.

It’s no surprise that in 1999, the center of town was named a UNESCO World Heritage site, and the entire city the European Culture capital of 2003. 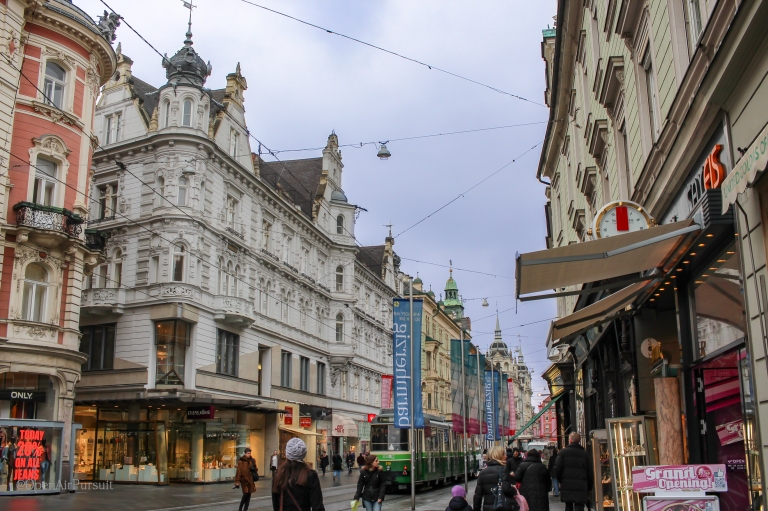 Graz began as a small Bavarian fortress on a hill before turning into the hot spot for ruling Hapsburgs in the 13th century. It’s proximity to so many other countries and culture shaped its identity and their mixed influences might best be seen in the distinct building periods including Renaissance, Gothic, Baroque, and Art Nouvue styles.

The city’s location also made it a witness to several eras of war and I’ve already touched on the World’s Largest Historic Armory, a super cool building chock full of old weapons and armor.

During the Napoleonic War, two of the city’s biggest landmarks managed to avoid ruin when Napoleon Bonaparte’s troops occupied the city. The citizens paid €87,000 in today’s currency to spare them, and now they’re iconic symbols you can visit. During WWII, Graz was a favorite location of the Third Reich, and consequently a portion of the city was destroyed by Allied bombs…but thankfully they missed the historic center. 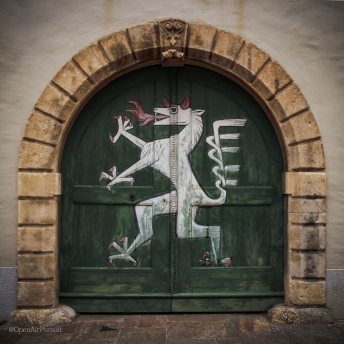 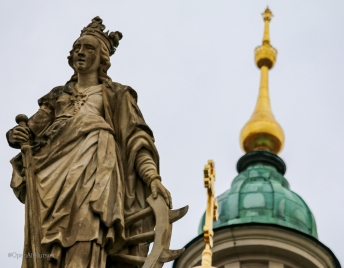 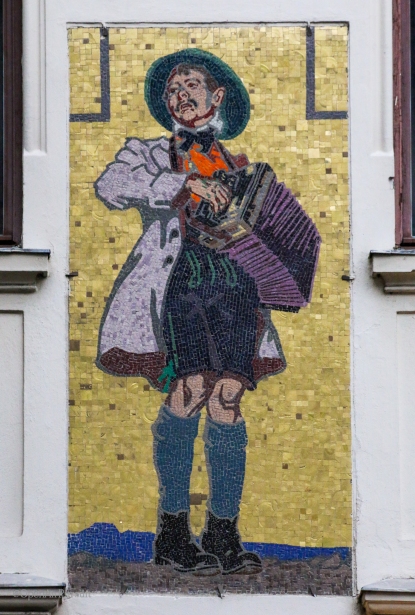 Getting Around and Planning Your Trip

I have never encountered a tourist guide as fabulous as the free pamphlet available around town that threw all my “things to do” right out of the window. Rather than just a map with suggested locations haphazardly listed and inaccurately placed, the book categorized things to see based on interest and/or location. You could easily open it up to any page and it would tell you what to do for an afternoon without being overwhelming. My advice is to come to Graz without a plan. You’ll be in good hands.

Getting around was easy with the tram, and the city center is all reachable by foot (traveling to Schloss Eggenberg requires a little bit more). Mondays and Tuesdays mean a lot of the museums will be closed, and the same concept applies to the colder seasons. I travelled in the late winter on a Monday and Tuesday, (double the luck) so I didn’t see everything I wanted to, but still found a lot of great (and free!) things to do. 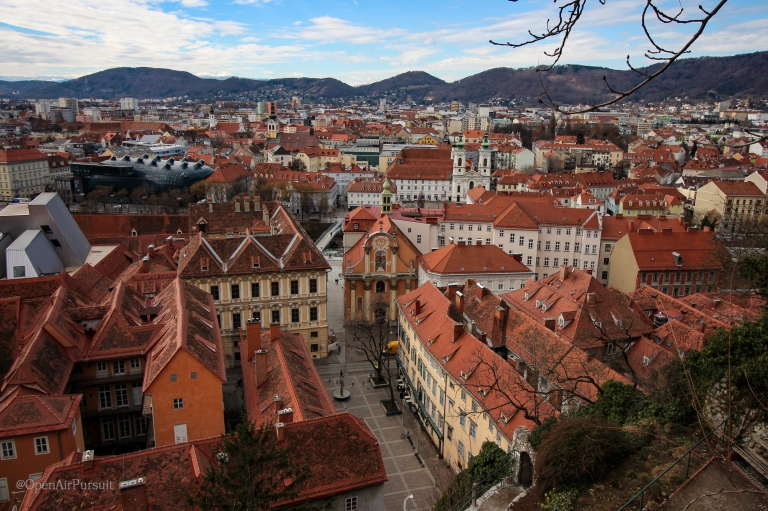 There is SO much to see and do, but climbing up to the Sclossberg fortress and seeing the view of Graz is the first thing you should do. The stairs were carved into the stone by prisoners during WWII, and the beloved Clock Tower (one of those ransomed landmarks!) awaits at the peak. Without realizing it, I had timed it perfectly and arrived at the top precisely as the noon church bells throughout the whole city began sounding off. It was glorious and the kind of travel moment words can do no justice to.

I had the Mausoleum to myself and felt bold enough to lay on the floor to enjoy the heavily decorated Baroque fresco, complete with angels popping out of the paint with limbs of plaster. The attached church was also a beauty, still crazy opulent but not as showy as others. I still haven’t gotten church fatigue from the amount I’ve seen while abroad. 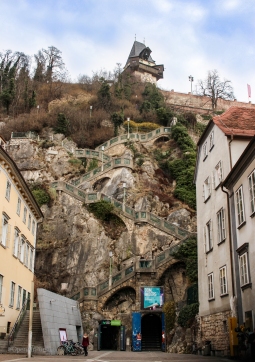 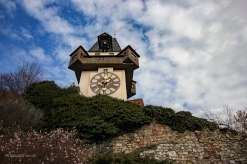 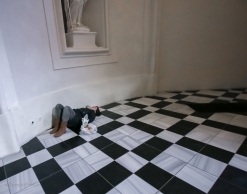 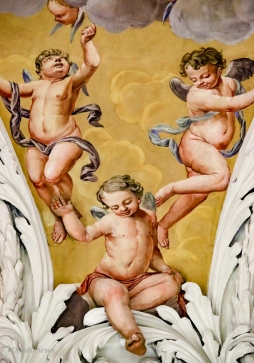 Right across from the Mausoleum and Church tucked away in a government building is a double staircase that’s SUPER cool. The “stairs of reconciliation” twist and wind in different directions, separating and coming together. There’s not much at the top, but the attraction is for marveling at the craftsmanship. 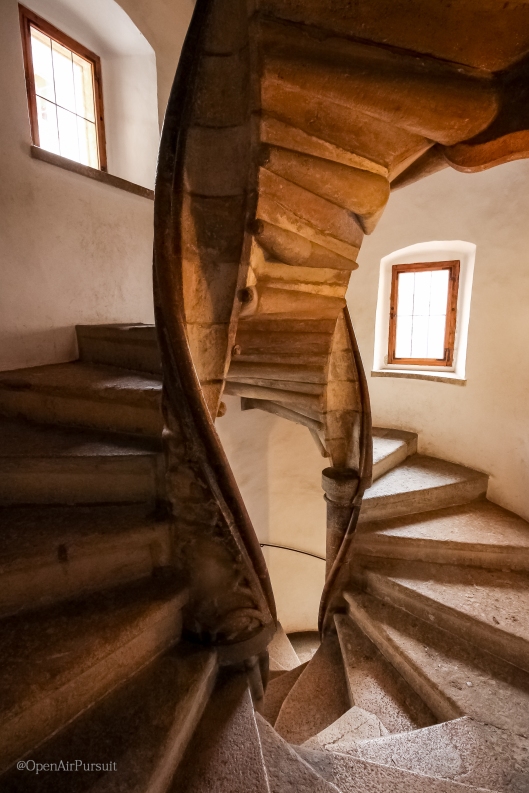 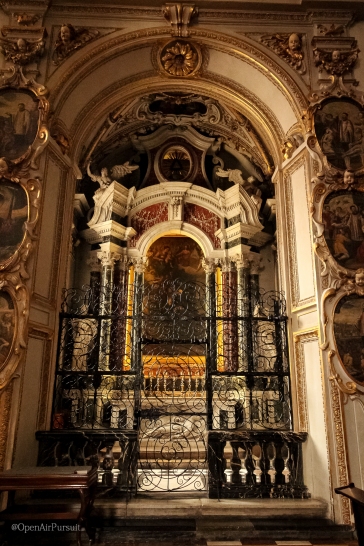 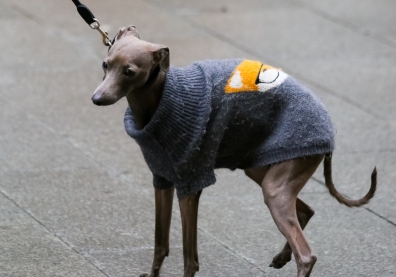 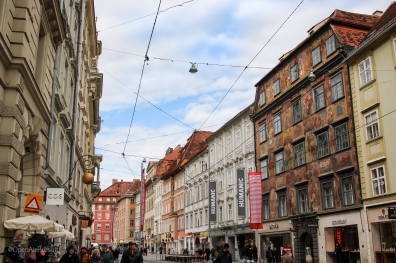 Despite not seeing it because it closes for the winter, Schloss Eggenberg is the most impressive pick in the city for history lovers. It’s conception and idea might make you drool since the preservation of the interior is as close to perfect as you can get with these old palaces. Like Graz, it’s also a UNESCO site. 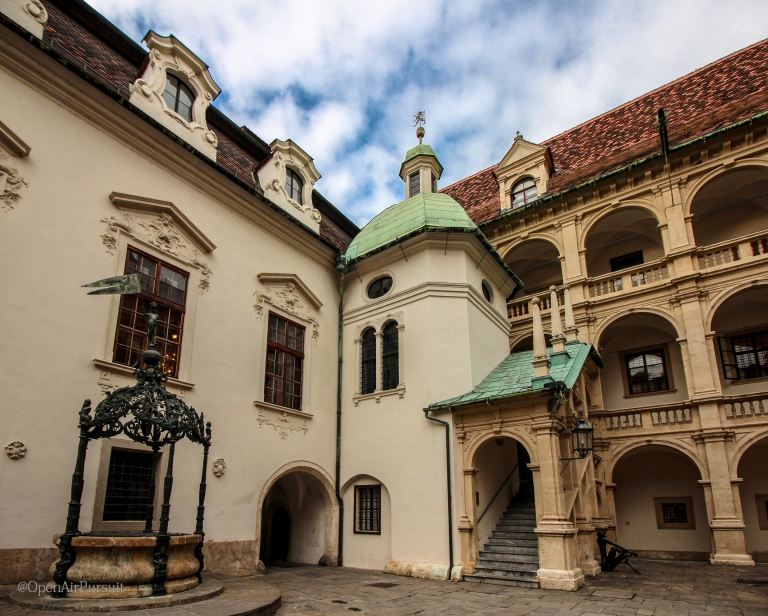 Visiting Austria may inevitably bring you to Vienna, a city that needs no introduction, but consider a visit to Graz for a more intimate experience. A quick 2 hour bus ride and throwing your plans to the wind is all it takes!

…and if that’s not enticing enough, then maybe a jaunt over to Arnold Schwarzenegger’s childhood home will be 😉