Celebrating the holiday season in Europe is a real treat and I’ve found a spot in Perugia that mixes that cheer with a crazy tale in the city’s history.

To understand the symbolism of the Rocca Paolina, you’ve got to understand how it came to be…and man is it a doozy!

Perugia’s Autonomy and the Salt War of 1540

Between the 9th-15th century, Italy was an un-unified country governed by political mashups and whoever had the best military, most power, and/or noble titles. “City States” were independent regions governed by Lords that eventually became republics or kingdoms, with the Pope ruling over the papal states. Guess where Perugia was?

Perugia was the last free city in Italy and was ruled by the incredibly wealthy and powerful Baglioni family, whose autonomy was a thorn in the sides of several Popes. During a difficult harvest season in 1539 and a bad economy, Pope Paul III decided it was time to bring the city down once and for all. He began violating old agreements and imposed an unavoidable tax on salt to the outrage of the city’s inhabitants and the governing Baglioni family. Rebellions began and the great Salt War of 1540 was ignited.

Perugians came together but were no match for the powers of the papacy and its large army. The Pope decided their defeat and surrender wasn’t enough, so he had an entire district of the city destroyed*, including all the homes of the Baglioni family, and put up a massive fort above it; The Rocca Paolina. The physical manifestation of Papal power.

Naturally, this physical manifestation of Papal power was hated but nothing could be done about it until the mid 1800s when Italy was unified. All but the foundation was demolished, a preserved and open collection of tunnels now known as the “Underground City”. To walk along the underground maze is to tread upon the original streets of what was once an influential part of a strong and obstinate city.

Original arches, walls, and doorways were incorporated into the foundation of the fort and can all be seen when traveling through. One grand arch in particular is said to have been part of the main home of the Baglioni family, and archaeological digs have uncovered some really neat things that you can peek at. It’s also become a multipurpose space, and walking through it will drop you off near the local bus depot. As of this time the museum portion is closed for maintenance. 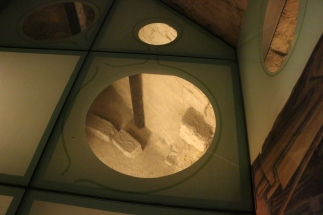 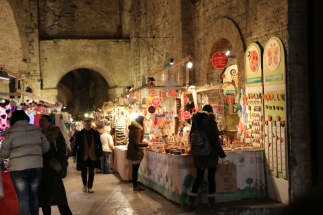 In December, the Rocca Paolina hosts a Christmas market along the ancient streets and arches full of gifts and knick knacks in a European Christmas market that’s got the coolest setting. Pick up some wild boar sausage while ducking your head under a Gothic arch or sip some Umbrian wine in what might have been the same spot a Baglioni walked. 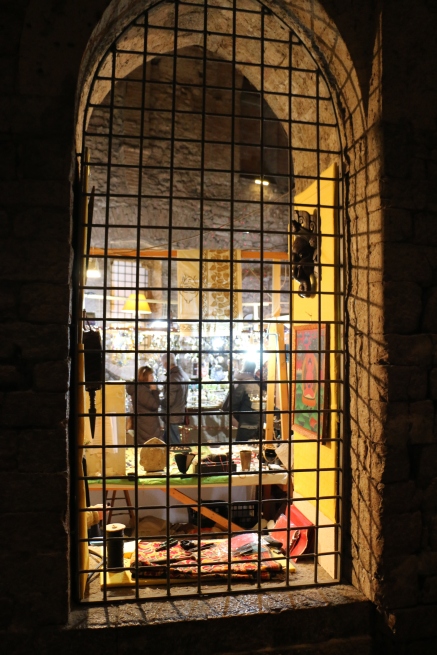 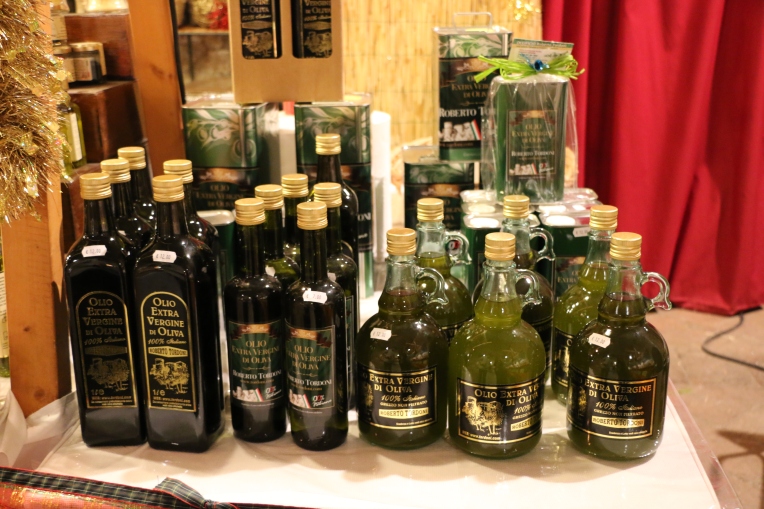 Once you make your way above ground, head west to see a view of the valleys from a beautiful panoramic vista. On a clear day, you can see Assisi and the snow on top of the Apennine Mountains! To think that your viewing spot is where this crazy, brutal fortress once stood many, many sunsets ago is a mind boggling reminder of the inexorable passage of time. 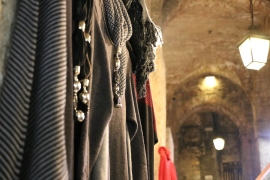 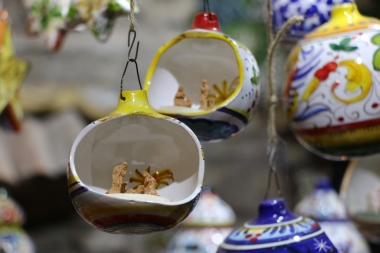 If you find yourself eating local bread in Perugia, you’ll notice that it is pretty flavorless. The tale around town is that to protest taxes during the Salt War, Perugians boycotted the mineral entirely. It’s been disproven and the reality is that the bread simply doesn’t have salt and has always been made this way. Anyway, salt that was imported during that time was probably used for preserving foods. I was told it’s all good; it’s better for soaking up the sauces on empty plates to appreciate the full flavor of your meal!

Christmas markets in Europe are full of charm, but this one has got to have the most interesting backdrop!