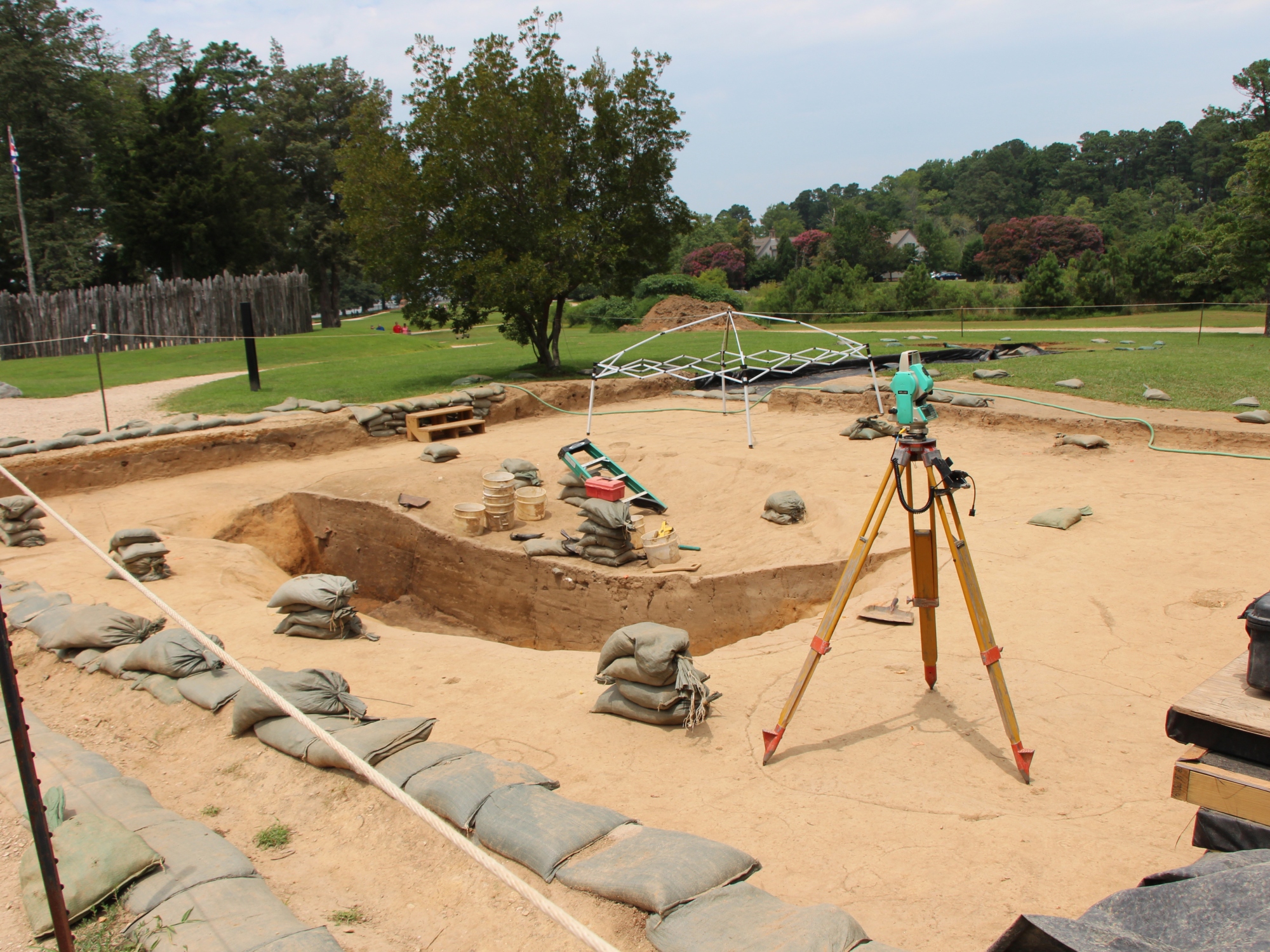 I credit a passionate 5th grade teacher with my serious love of history; I was hooked by her interactive teaching style and penchant for frequent field trips to see the stories come alive. She was my real life Ms. Frizzle…and had multiple class reptiles to boot. It’s no surprise that I’m into the full immersion of historic places, but her emphasis on archaeology is what’s followed me the longest. I first heard about Historic Jamestowne through her, and continued to follow its story as an undergraduate archaeology student that led me to this AWESOME day! 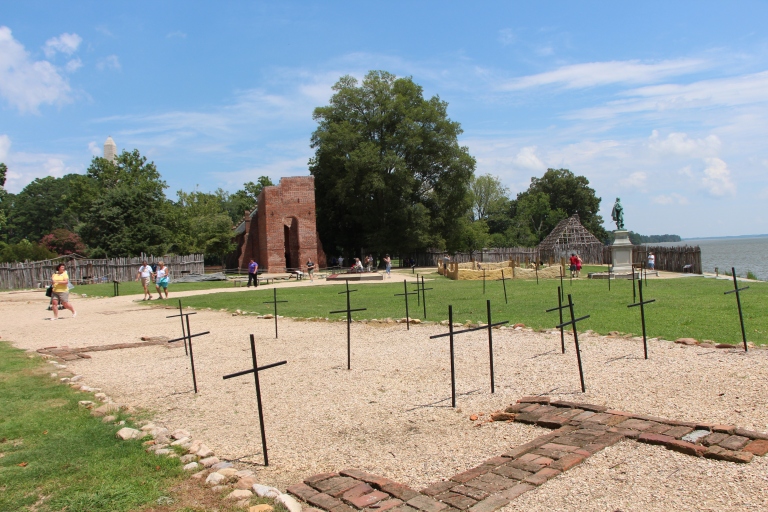 The intrigue behind the 1994 rediscovery of James Fort is an ongoing fascination because the site is still giving up its secrets two decades after it was uncovered. Yesterday it was announced that the remains of 4 colony leaders have been identified with the surprise revelation that one may have been a secret Catholic amongst Protestants. Unfortunately rising sea levels are quickly limiting the time archaeologists have in uncovering everything on James Island, but it gives me chills thinking about what else has yet to be discovered! 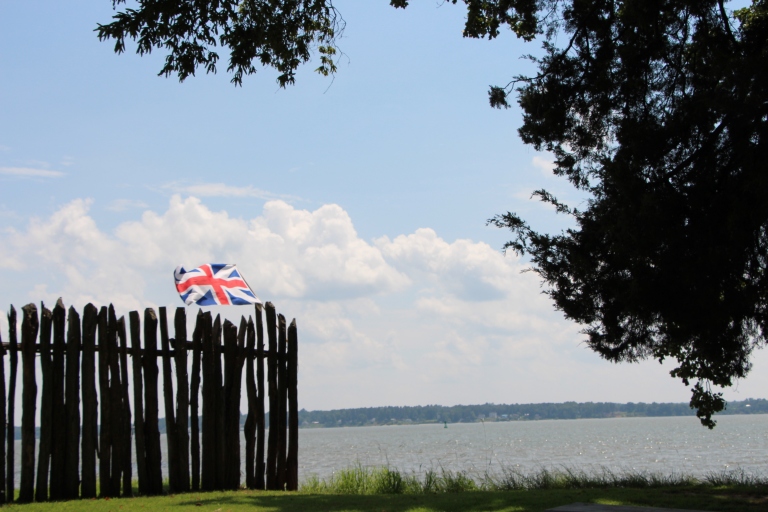 Historic Jamestowne is the location of the 1607 settlement that became the catalyst of North American colonization and the first successful English colony in the New World. It wasn’t easy being a settler, and many colonists died shortly after arriving because of disease, Native American battles, or famine. The original site is home to an ongoing archaeological dig revolving around the site (Fort James) that later grew into the state capital (Jamestowne), while the Jamestowne Settlement next door is a living history interpretation of the colony. This entry focuses on Historic Jamestown because of the unique distinction of being the FIRST group of settlers coming over from England and starting a chain of events that would eventually lead to the formation of the United States of America. 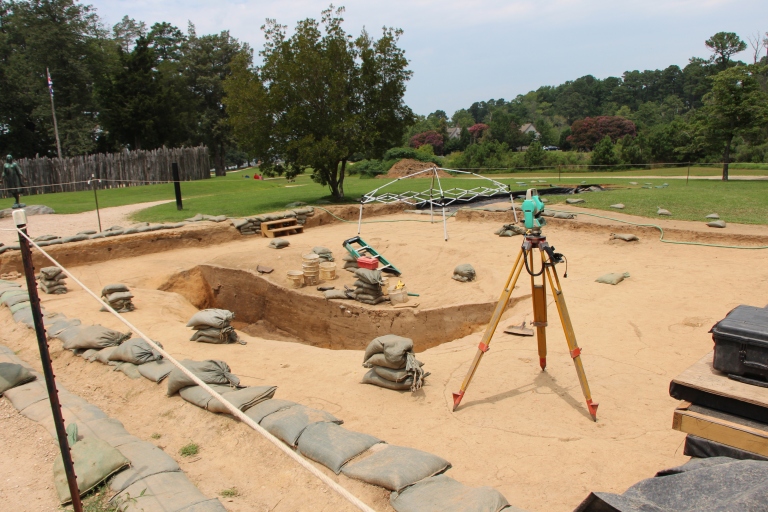 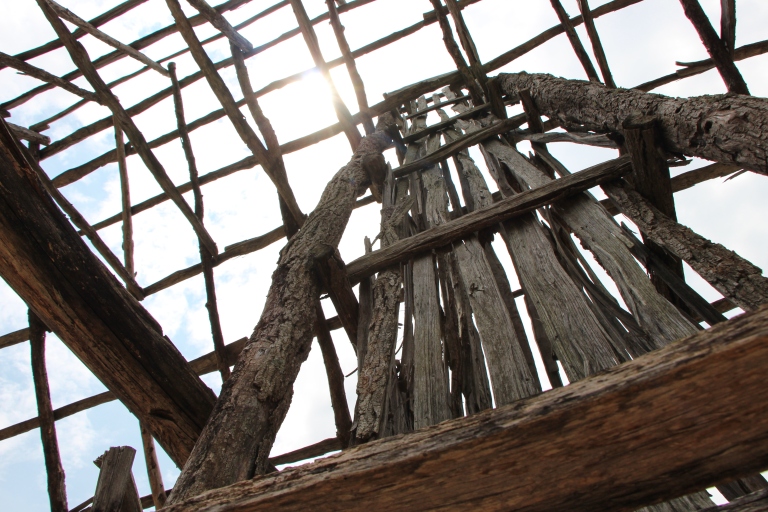 In the 1800s, it was widely believed that James Fort had been lost to the river and submerged underwater. The erosion to the island was so bad that a wall was built in 1900 to preserve what was left of the cultural heritage site, and a lone tower of a 17th century church stood as the central marker of what was once a great colony. No serious efforts were made to look into the story of the lost fort.

Then comes the tale of then-graduate student Dr. William Kelso and his visit to the site in 1963. He didn’t buy into the story that all was lost, and had a theory that the church tower was the key to relocating James Fort. A surviving written account stated that “a pretty chapel” stood “in the middest” of the fort, so it seemed likely that a later church would have been built near the site of the first one, by the rationale “once sacred ground, always sacred ground.” 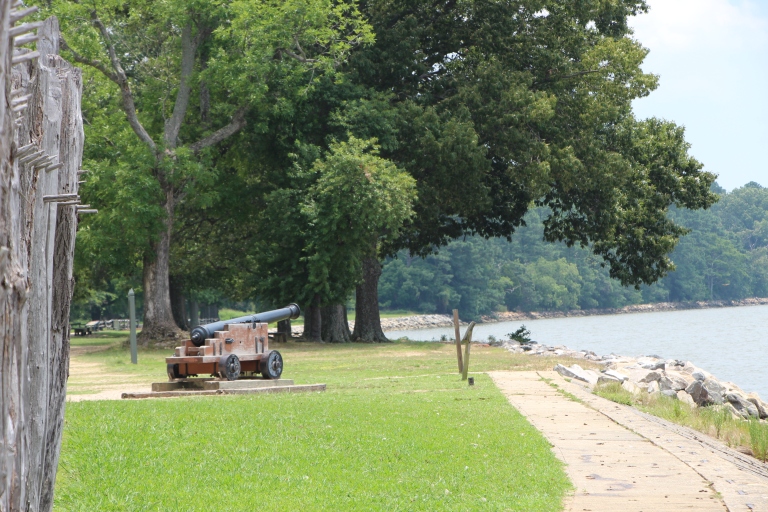 Kelso and other archaeologists did years of research and determined that they were hot on the trail of rediscovering THE Jamestowne. Earlier archaeologists left behind a lot of information about “rescue excavations” from nearby sites along the James River, and catalogued artifacts thought to have originated in the Jamestowne period. Some Civil War era soil research pointed to where wooden fences of a fort once could have stood, and so a “fort survival” theory emerged. 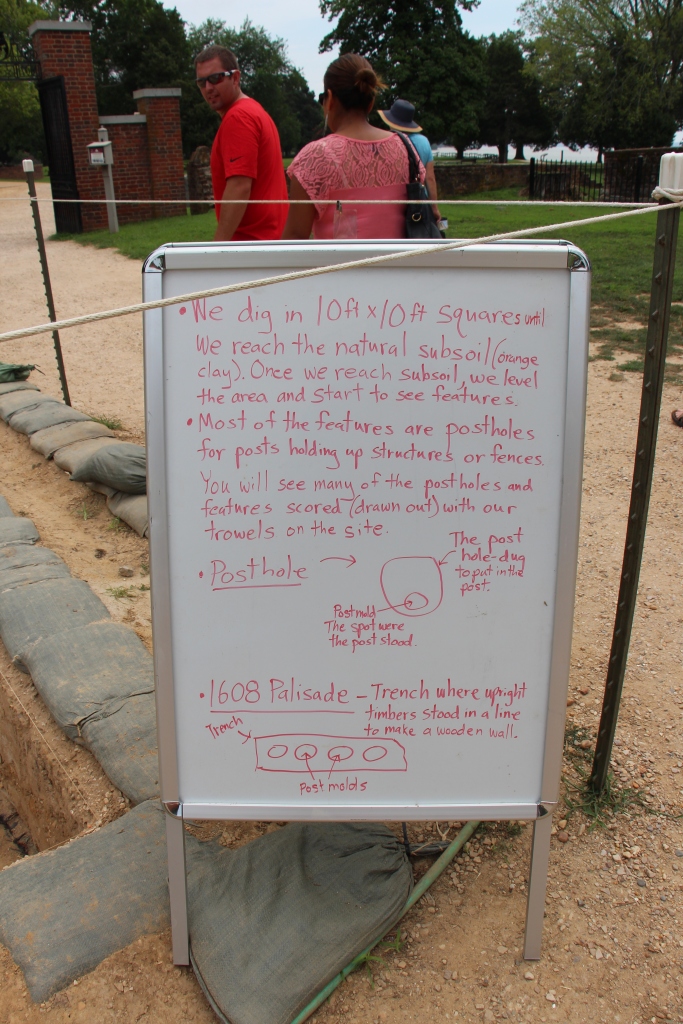 It took another 10 years before the Jamestowne Rediscovery Project was launched in 1994, with a goal of finding something tangible in time for the settlement’s 400th anniversary in 2007. It didn’t take long; by 1996 they had found enough evidence to show their theory was correct. James Fort had been found. 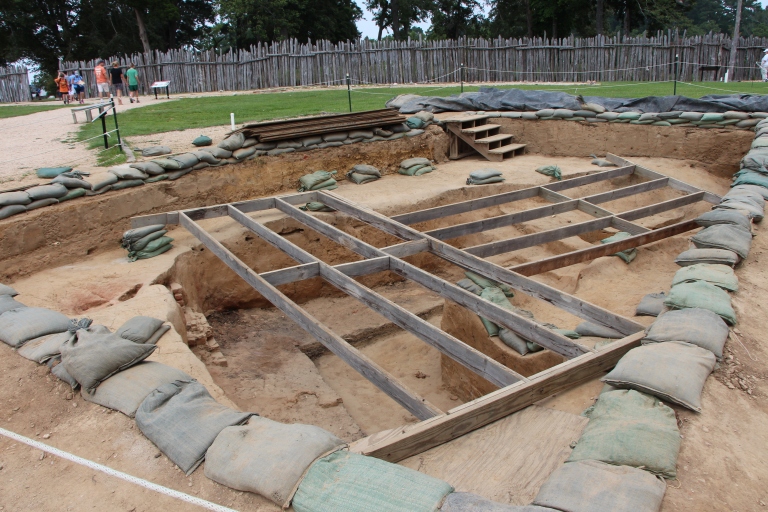 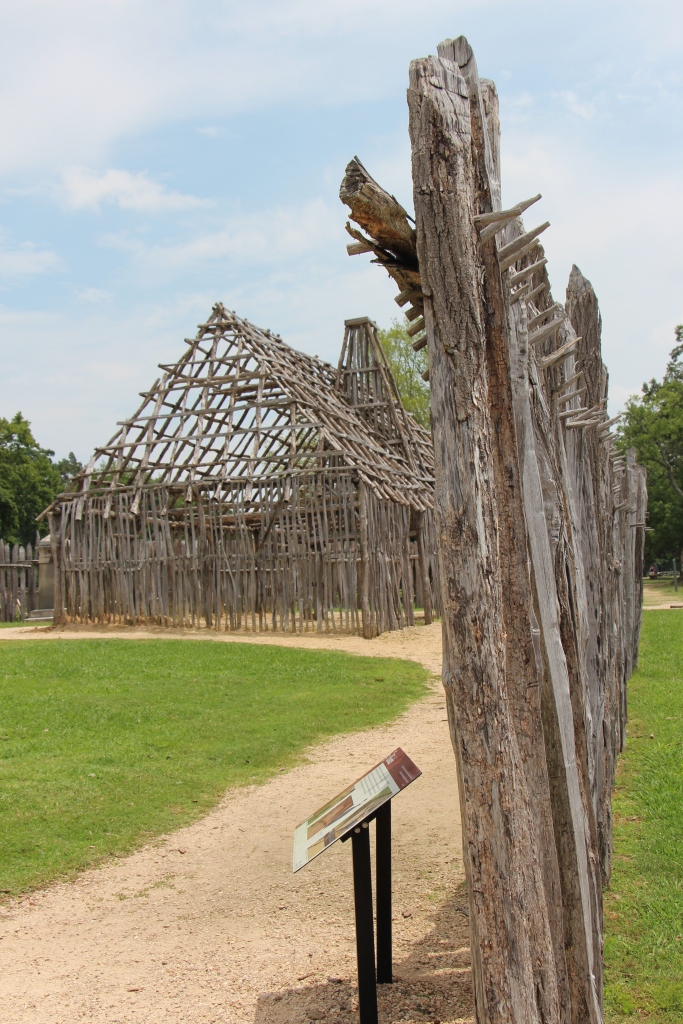 Queen Elizabeth visited the site for its 400th anniversary, and an onsite museum was built to showcase hundreds of fascinating finds from the ongoing dig. In 2012 signs of cannibalism were found on the human remains of a 14 year old girl (now called “Jane”), in what became the first evidence of survival cannibalism at any early European colony and marked the “starving time” of the 1610 winter. Forensic science has allowed for a facial reconstruction of what Jane might have looked at which you can see alongside the remains of 2 other notable figures in the colony. 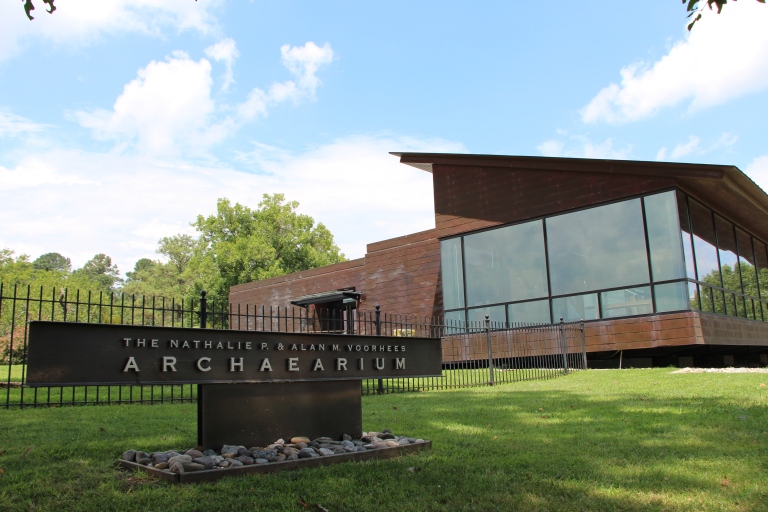 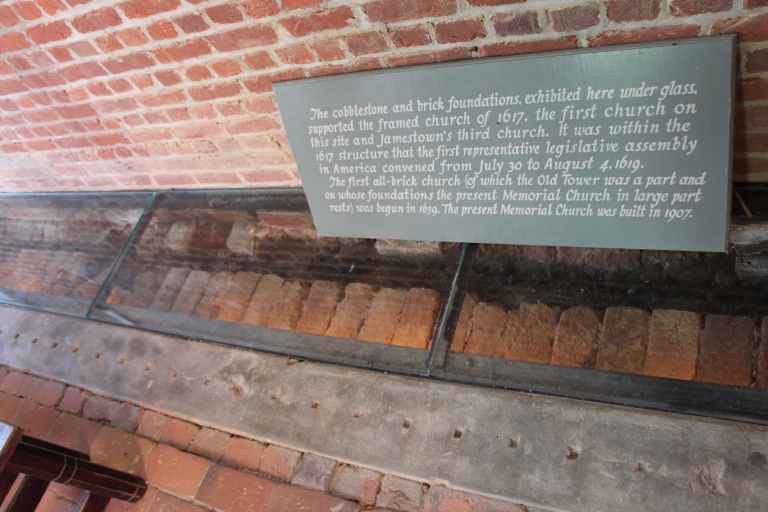 When I visited I recognized Dr. Kelso and was totally star struck. The BBC was there filming a segment about the recent find I mentioned earlier and he was doing some camera interviews. While he didn’t disclose the news to me, he did say it would be a “bombshell”. He was very friendly and I was so excited!!

Visiting Historic Jamestowne and the Jamestowne Settlement living history recreation can be done in one day since they are adjacent. As with all open air museum and archaeological digs, wear closed shoes since you’ll be walking quite a bit. The location is the site of a field school that you can be a part of if you’re into that kind of thing! If not, volunteers are very happy to answer your questions and tell you more about this monumental place. Highly recommend coming here, especially since exciting things are unfolding at this very moment.

ADMISSION:
General Admission: $14
Combo packages are available if you wish to visit several sites in the area